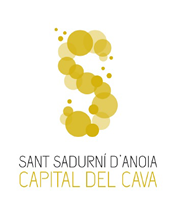 The origins of Sant Sadurní d'Anoia can be traced back to the old parish of Sant Sadurní de Subirats, which ultimately obtained municipal independence in 1764 and became a town. It was then that it adopted its actual name after the Anoia River, which crosses the central part of town's territory. At that time, the main livelihood of the population consisted in the cultivation of vineyards and the production of wine. Thanks to the position of the town and the availability of land suitable for growing vineyards, Sant Sadurní d´Anoia was able to develop and prosper in this agricultural sector during most of the 1800's, ultimately reaching its most successful period.
However, in 1887 the Phylloxera Plague reached Sant Sadurní after having previously ruined the French vineyards. Likewise it devastated the vineyards and destroyed the town's economic prosperity and stability. The population had no other choice but to face the following period of poverty and shortage with tenacity and courage. They fought against the plague by ripping out whole vineyards and replacing prior vines with American-rootstock-vines, which were fortunately resistant to the plague. Luckily with this successful intervention, the town was able to save what had previously been a prosperous agricultural sector and in the years to come, achieve great success with their crops and related products of wine and cava.
At present, Sant Sadurní, with a growing population of 13,000 inhabitants, is the unargueable Capital of Cava. More than eighty local manufacturers produce ninety per cent of Spain's domestic cava and the most successful of these companies export their products worldwide today. 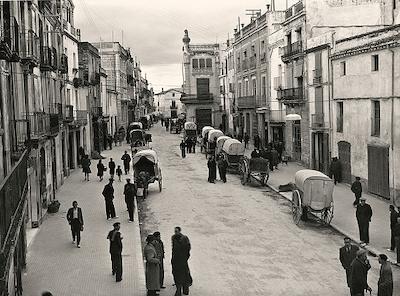 ARE YOU FOLLOWING US?